What is EPS image format?

EPS file format is short for Encapsulated PostScript. It was created by Adobe back in 1992. It’s a standard graphics file format intended for placing images or drawings within a PostScript Document. Basically it’s a postscript program saved as a single file. EPS file also includes a low-resolution preview of the graphics inside which makes it accessible with programs not capable of editing the script inside. EPS file format is widely used by publishers because of its compatibility across different operating systems.

An EPS file can contain any combination of text, graphics, and images. Since it is actually a PostScript file, it is one of the most versatile file formats that are available. The files are supported by several different drawing programs and vector graphic editing applications. Many image converter programs can create EPS files containing the pixels of the image. An EPS file is a stream of generic PostScript printing commands. Thus many PostScript printer drivers have an option to save as EPS.

EPS files can optionally contain a bitmapped image preview so that systems that can’t render PostScript directly can at least display a crude representation of what the graphic will look like. There are 4 preview formats: PICT, TIFF, Metafile and EPSI. It is also possible to have an EPS file without a preview, though. In this case, the imported file is usually displayed as a grayed out box or a box with diagonal lines running through it.

In the Data folder you can see Sample.eps image. We will use it to convert to different formats.

The following code converts EPS image to PNG. The property PreviewToExport allows to select the source of the image to export from EPS file. The value PostScriptRendering of the enumeration EpsPreviewFormat cause rendering from PostScript to raster image.

As a result you can see a PNG image rendered using a PostScript from EPS file: 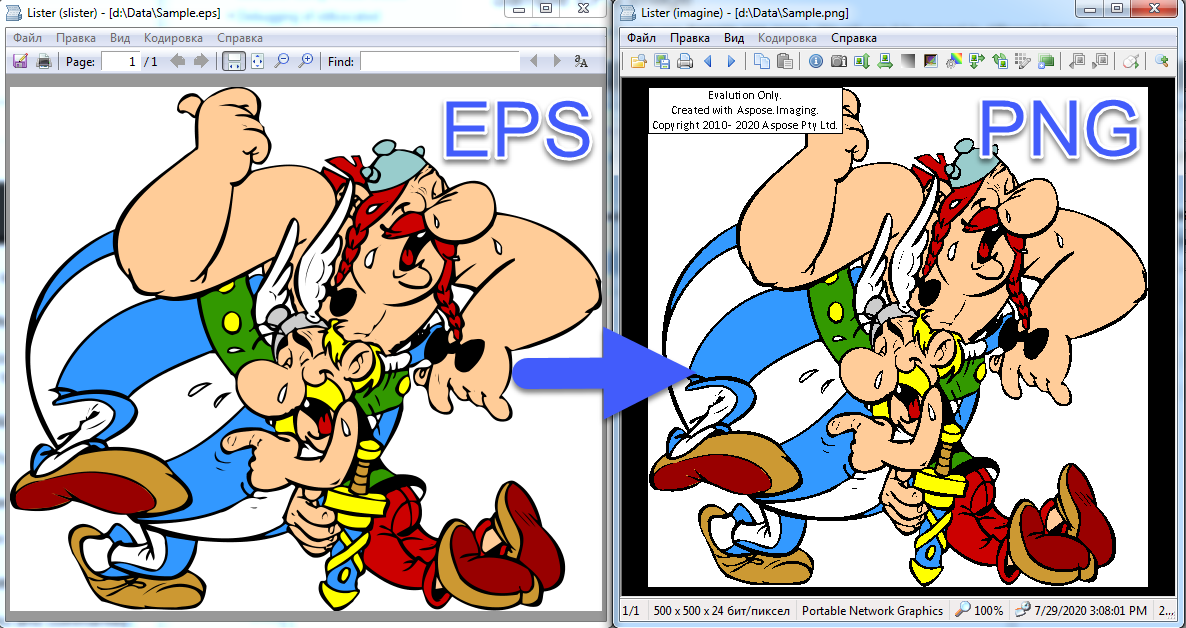 On the following image you can see created PDF file: 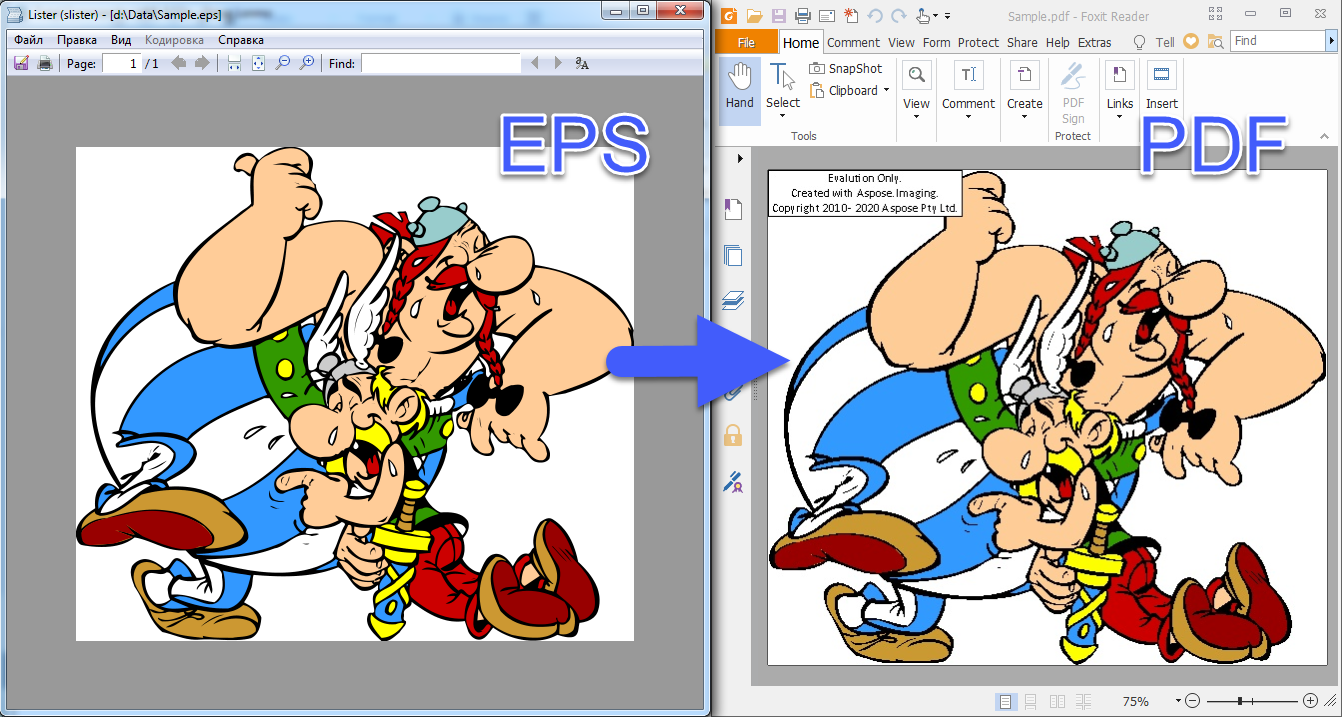